And I thought the wheels were already off.  HA!

High:  The Google machine helped me find what appears to be an OK option for Lucas’ first birthday on the 20th.  Maybe with a blueberry whip cream?  I plan to make it this weekend to be sure it will work.  You know…It needs to be vetted.  It is not because I could possibly die without something sweet.  High number two…CSA box arrived!!!  Yay for food delivered to your door.  Honestly, I was in no mood to cart two kids to the store to buy more kale.  Wait, this is the “high” section. 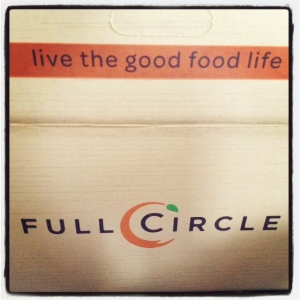 Low: Everything is annoying.  Yesterday, this was my annoying list:  We have too many toys, what random food remnant/crumb is stuck on the bottom of my foot, how is the coffee already gone, there are a lot of parts to Juicy, why don’t we have a pet that eats the food tossed off of the high chair, why does the neighbor have to have their scrap metal picked up during nap time, I do not have enough kitchen counter space with all of my appliances taking up so much room, how does one clean the microplane grater without grating one’s finger, why is it SO hard to find local bacon, or even bacon WITHOUT sugar added?  I am sure there are more, but typing them all out is also annoying.

I digress.  Update on meals for yesterday.

No changes for breakfast.  Went as planned. Amen.

Trevor had little more than a few bites of food for both lunch and dinner on Weds, but since he was feeling better by lunch yesterday, he was HUNGRY!  Turns out that kids will eat what they are offered when they are hungry.  Who knew.    He at some pear, blueberries (I should point out he has NEVER wanted blueberries), 6 grain whole wheat bread with cream cheese, fried egg, whole wheat crackers and two glasses of milk.  Lucas had bread and cream cheese, blueberries and some fried egg yolk.  First time he has eaten egg.  I should have snapped a picture of the face he made.  Ha.  After the initial protest, he proceeded to eat several additional pieces.

After lunch, Trevor went right to bed.  Poor guy was wrecked.  While getting him settled, Lucas (Mr. Into Stuff) stumbled upon the CSA box that I left on the floor.  Rookie move, Mama.  He found several round balls in the box (tangerines, oranges, grapefruit), and two of them fell victim to a teething monster.  The tangerine took the biggest hit.

Allow me to paint a picture of the events that followed…  Discovers tangerines are just the right size to hold->turns out these leak yummy fluid when punctured->yummy fluid gets all over shirt, pants, hands and face->hands rub eyes since it is almost nap time->OUCHY eyes!!!->screaming bloody murder.

It was an awesome 20 or so minutes as  I tried to submerge his upper torso/face in water, while attempting to keep the screams at a lower volume as to not wake up brother.  The silence when their naps overlapped for a brief 30 minutes was the highlight of my day.  I should note that the last time I gave him oranges it resulted in a HORRIBLE diaper rash that lasted about a week.  His poor bum may be in for another round.  😦

I ate what was left of the two eggs that I fried, and some toast with cream cheese.  Dave’s peanut butter and honey sandwich got pretty hosed on the way to work, but it was still consumed.  The big bummer of the day was that a big boss man was in town, and wanted to take him and his manager to lunch.  How do you explain that you are doing this 10 day food thing, and well, I can go and sit with you guys, but uh…right.  So he ends up going, with his cute little container of rice and beans, but then naturally feels pressure to buy something at the cafe.  He makes a choice to go with grilled onions and peppers (?!?!).  He said that he did not see ANY fruit options like a banana or apple, so this was the best purchasable veggie option. What a SAD state of affairs.  Now, I am under NO illusions that this cafe in a random office building is using unrefined/non GMO oil to grill their veggies.  So, one of us went off the tracks.

We righted the ship for dinner.  All four of us finished off the enchiladas, which were so much better the second night.  Both boys had some cheese, and Trevor also had some avocado.  Oh, and remember the artichokes that I claimed to have cooked a few nights back…right.  Found those in the veggie drawer in the fridge.  Uncooked.  We steamed them up so that they would not spoil, and put them in the fridge for tonight.  I plan to attempt home made mayo, or some sort of aioli.  Lord be with me.

After dinner, I headed off to a board meeting for my local mother’s club.  I was met with a few acceptable snack options.  Wine and grapes and cheese.  SOLD.  Before hitting the sack, I decided to torture myself with some food network shows.

The boys had french toast and bananas for breakfast, and we fired up Juicy as well.  Trevor tried some of my juicy and he loved it.  Looks like he will be having some in the mornings.

We have only 20 days to get through a jar of all fruit preserves, so lunch will be a pb&j for Trevor with tangerines.  Lucas will get some avocado, and a bit of beans/rice.  They can have strawberries and blueberries for snack.

For dinner we are having Mac and cheese.  I am super excited to try this recipe, and it seems so simple.  Hope it is as good as the picture looks!  Wanted to toss in some local bacon, but did not have any luck finding any at Whole Foods.  I need to meet some local farmers that raise swine.  We will also have the artichokes, and the boys will have steamed zucchini.

Hoping it is smooth sailing from here.  It can only get better right?!?!

The Better Mom
A Nutritional Makeover

Pathway To A Healthier Life

My journey through life with boys, our real food adventure, and finding joy in the mundane.